■Click on this link to find more details about the project in English.
■English advert of the book is available on this link. 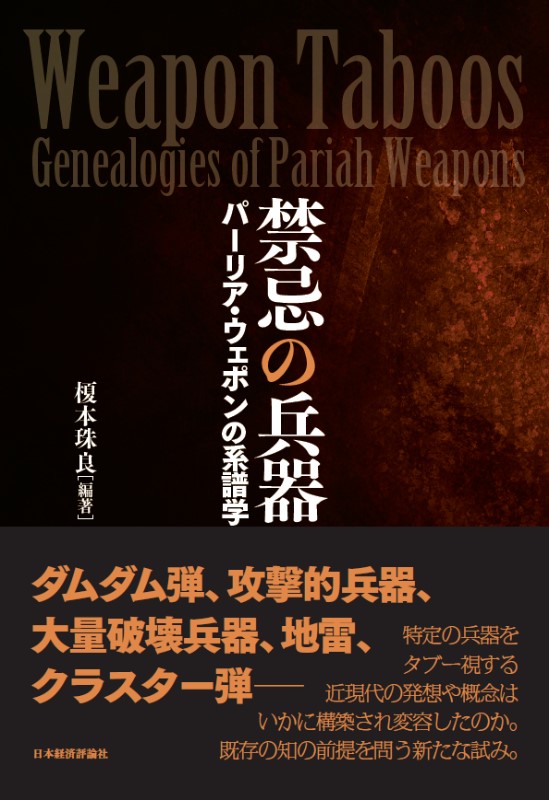 Research on arms control scarcely reflects critically upon the framings underlying arms control policies or on the functions served by the global architecture of arms control.

This book brings together an interdisciplinary group of historians, jurists, and international relations thinkers to critically analyse the conceptual framing of certain types of weapons that made their pariah status possible. It aims to unveil the historical evolution of, and changes in, norms concerning pariah weapons from the nineteenth century to the present.

The book defines “pariah weapons” as weapons that are singled out as “pariahs” (socially despised outcasts) and whose use is treated as taboo in international policy debates in different eras. It does not limit the scope of “pariah weapons” to weapons whose use is explicitly prohibited by legally binding international agreements (such as dum-dum bullets and anti-personnel landmines), but includes those weapons whose use has been considered for prohibition in international policy debates (such as “aggressive weapons” before the Second World War).

The book emphasises the socially constructed way in which weapons are conceptually framed, and challenges the ideas and assumptions that justify the framing of some weapons as pariahs. Rather than uncritically using terms such as ‘inhumane weapons’, ‘WMD’ and ‘certain conventional weapons’, the book examines the specific historical contingency from which such terms and framings of weapons were produced, used, forgotten or re-interpreted. The book challenges the assumptions and ideas underpinning the norms themselves, as well as the social, cultural, political and historical contexts in which the norms were developed. It gives particular salience to the relations between norms, power and political and material interests, and challenges those who argue that the prohibition of particular categories of weapons is unambiguously emancipatory.

Dispute on the Prohibition of Aerial Bombing in the Inter-War Period, from the British Point of View
Ken Kotani

The British A1E1 Independent Landship
Fears of the Machine-Gun, Artillery and the Trenches
Yuji Yamashita

The Pariah Weapons Project and Its Challenges
Tamara Enomoto